Askew Serves Up Live Music and Food on a Stick

Askew is a live music venue and bistro with a menu that features all kinds of familiar foods served on a skewer. 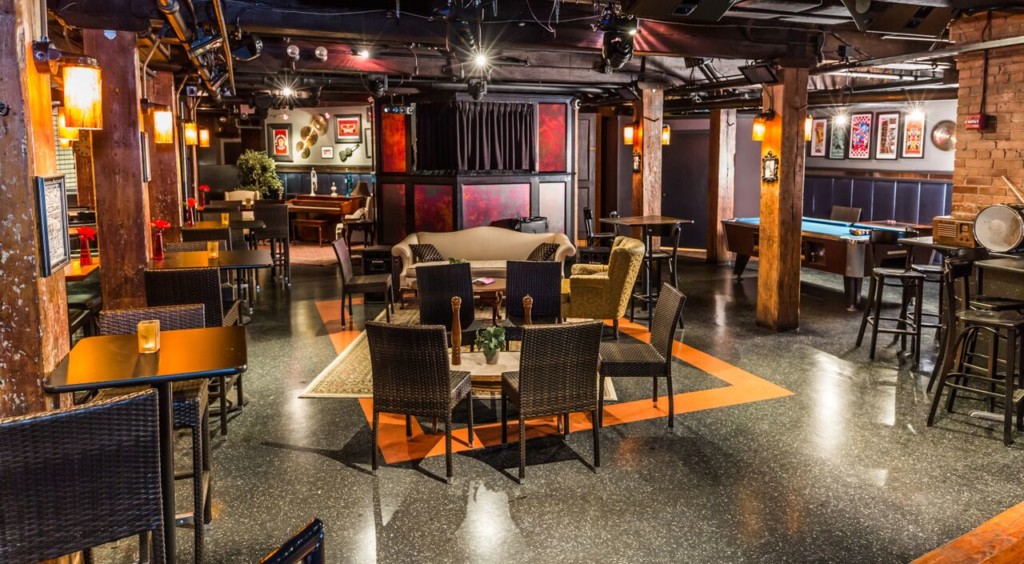 The interior of Askew in Providence. Photos by Dave Findlay.

As some smaller music venues in Providence have closed down recently (including Aurora and the Spot), it can sometimes be difficult to find live local music on any given night of the week in the city.

Good news! A new music venue called Askew recently opened on Chestnut Street in Providence, providing entertainment in the artistic jewelry district on most nights of the week.

Askew is an entertainment venue and bistro with a menu that features all kinds of familiar foods served on a skewer.

“Everybody likes meat on a stick,” says owner Windsong Hadley. “No one else is doing it. In this business, you have to keep evolving.” Potential menu options include Cajun shrimp and sausage, Caprese bites, Askew lasagna, Brussels sprouts and bacon, vegan tempura battered cauliflower and more, plus banana pancakes for Sunday brunch, all served on a stick. The beer selection and ingredients are mostly local. 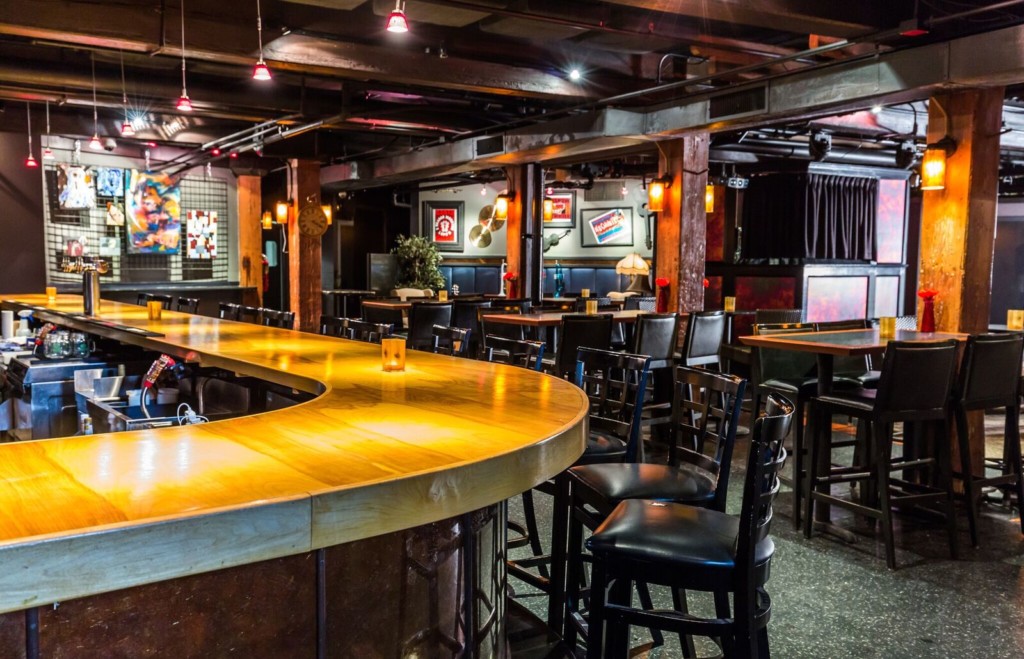 With live entertainment five nights a week (it’s closed Sundays after 6 p.m., and on Mondays), Hadley plans on hosting diverse acts. Tuesdays are comedy nights, Wednesdays will have music-focused bingo from 6 to 8 p.m. with an acoustic night afterwards, and Saturdays are often for jazz. Sprinkle in national touring bands and live local music on the other nights and people can find a consistent events calendar.

With an underground speakeasy vibe, Askew’s atmosphere is captivating. An art gallery-like display promotes local artists, which was brought over from the owner’s last venue, Firehouse 13, where Hadley was a manager. Hadley and her husband have been in the music venue business for years. They ran Firehouse 13 for the last three years.

Flyers and band photos cover the walls of Askew, featuring artists like Freakshow, The Silks, Motorhead, The Worried and Jared Paul. “Every one of the bands on these flyers has a direct relation to me or my husband,” says Hadley.

Hadley’s husband, John “Cyco” Difruscio, books bands on a case by case basis. Sometimes acts that are touring will book a year out. Local shows fill in the holes. Difruscio and Hadley will schedule mostly local original bands unless a national tour is rolling through town.

“It’s a very community-oriented establishment,” says Hadley. “We book bands to get exposure, so locals will open for national acts sometimes. We are going to have table stands that will feature local music and artists on little TV stands so people can learn more about them.”

While some think live music can be difficult to find, Hadley believe Providence is a great place for it. Originally from Massachusetts, Hadley recognizes the appreciation for original music and art in Rhode Island.

Hadley and general manager Melinda Mello have been working hard opening Askew while choosing their team and searching for staff with good character to ensure a fun, welcoming spot.

“We have all been working really hard to get this place up and running,” Hadley says. “I could not have done this without them.” 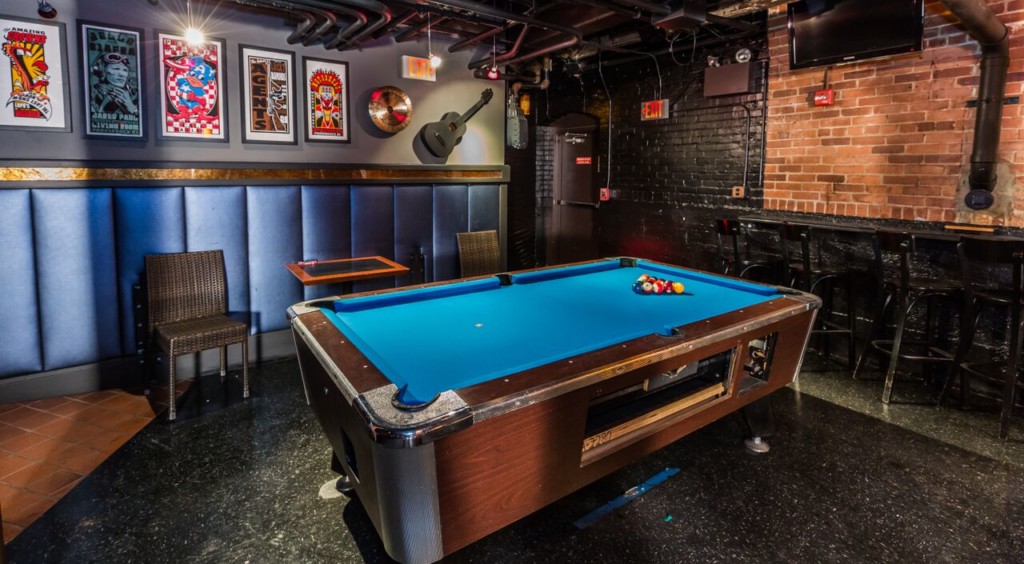 Benny’s is Back in Musical Form