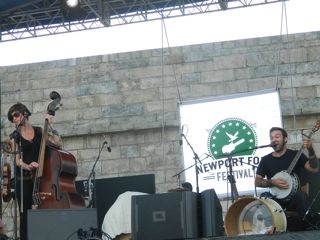 With palpable sadness, the music community mourned the loss of a beloved multi-instrumentalist from Rhode Island. Brown Bird's talented David Lamb, thirty-six, who resided in Warren with his wife and band mate MorganEve Swain, passed away on Saturday afternoon after a valiant yearlong battle against leukemia.

Over the past year, and especially this past week, I have been so overwhelmed and grateful for the amount of love that has surrounded Dave and me throughout our life and career together. You all have posted so many beautiful stories about Dave- how humble he was, how gracious, how talented…He certainly was all those things. Four days after Dave and I met we became bandmates, lovers and business partners, and set the tone for what our life would be for the next six years. We never imagined the amount of success we would enjoy in those years, how many incredible friendships would be forged, the experiences we would share, and nothing could have prepared us for the events of this past year.

Dave entered the battle with leukemia as only Dave could- determined, steadfast, smiling and always with his mind on our future. His incredible ability to continue writing through his struggle is something I'll forever aspire to.

This week was the toughest in the battle, as Dave's body began to shut down under the stress of a year-long fight and a sudden and aggressive leukemic relapse.

Today, surrounded by his family and so many friends, Dave peacefully let go.

Thank you for all the love you've all shown us. It helped so very much to know we had an army behind us. 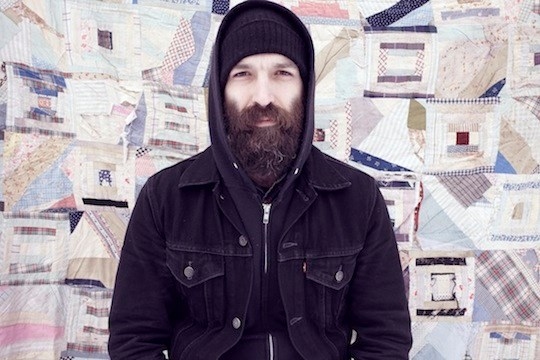 Two days before Dave's passing, fans took to Facebook to share moving memories, songs and prayers on a page called "Love and Light for Brown Bird." I'd like to share a few of my own here:

I met Dave Lamb at the 2012 Newport Folk Festival, my first time covering the sold-out event and Brown Bird's second year performing, this time on the big stage. I was interviewing Dave and MorganEve after their set and, in a combination of the heat of the day and how in awe I was of their music, I was unusually jittery. But they were so cool, so funny, so obviously a great team: Dave cracked a few jokes and MorganEve teased him about his compulsive record-buying. (Read the interview here.) These incredibly talented people were also outgoing and grateful; it'd be hard not to root for them.

The next time I saw Brown Bird live, at RISD's free Design the Night event a month later, was a bigger deal on a personal level. My then-boyfriend, Scott, planned the whole night: a walk downtown, fancy appetizers and some dancing at the loading dock at the museum. Little did I know that, as we sang along and craned our necks for views of the crazy-good instrumentals, Scott was trying to tame a little red box with a ring inside that was poking out from his front pocket. Their music became a part of our story, and continues to be. Here are a few of our favorites:

Thanks, Dave, for sharing your gift with us. Visit facebook.com/brownbirdmusic for updates from friends and family.