The nonprofit has five community gardens and is selling produce and retail products at farmers markets, including garden egg relish, carrot and apple jam and more. 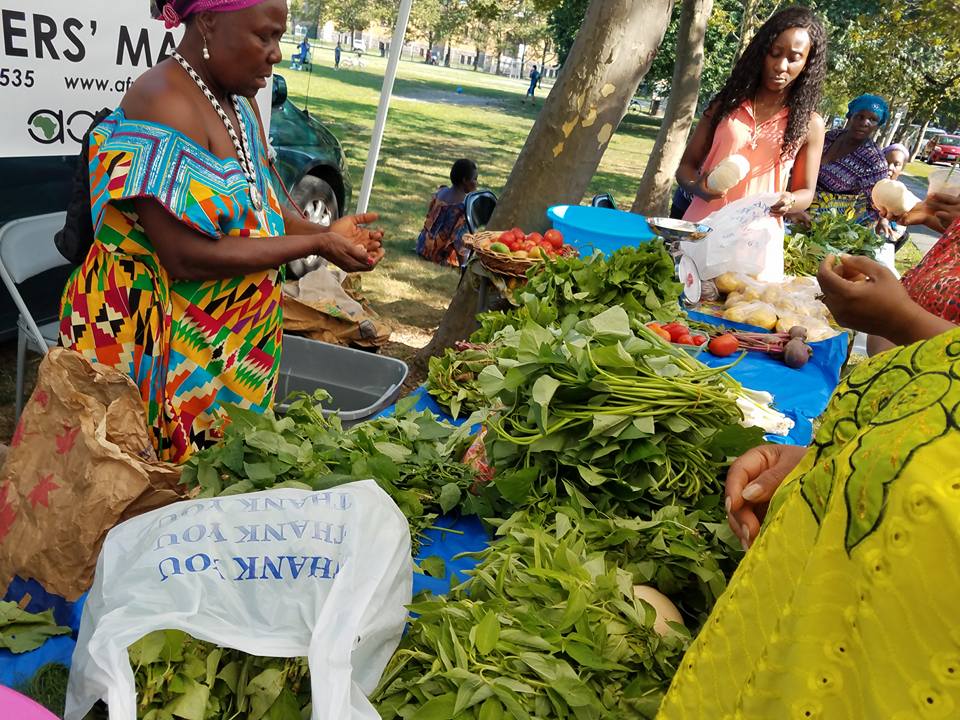 The African Alliance sells vegetables at the Armory farmers market.

Rhode Island’s African community faces various challenges while adjusting to a new life. Julius Kolawole, cofounder of the African Alliance of Rhode Island, explains that the nonprofit and its annual Health Summit were created to help Africans acclimate to the area. In the past, many Africans would arrive to the United States to go to school, and then return home. Now, many are calling Rhode Island home.

“There are many things we don’t understand because our mission was to go back home. Now that we are staying, we are trying to understand the system,” says Kolawole, who is from Nigeria, but has been living in the United States for more than four decades. “We are trying to find solutions to some of our challenges; family, health and job, all of the above. Now we are dealing with how to do you get your kid into a school; how do you get insurance? If someone is sick, what do you do? They are normal issues, so we created the African Alliance to serve as an umbrella to the population of Africans in this state.”

It was through the annual Health Summit that AARI decided to build urban gardens in 2009. Now it has five community gardens with a sixth one coming in the future thanks to funding from the Rhode Island Foundation, the Island Foundation, the City of Providence and other sources. Sites include the Lots of Hope Urban Greenhouse and Farm on Prairie Avenue, the Diamond Street Garden and another garden on Prairie Avenue. Funding is used to build infrastructure, garden frames and raised beds and implement water irrigation. 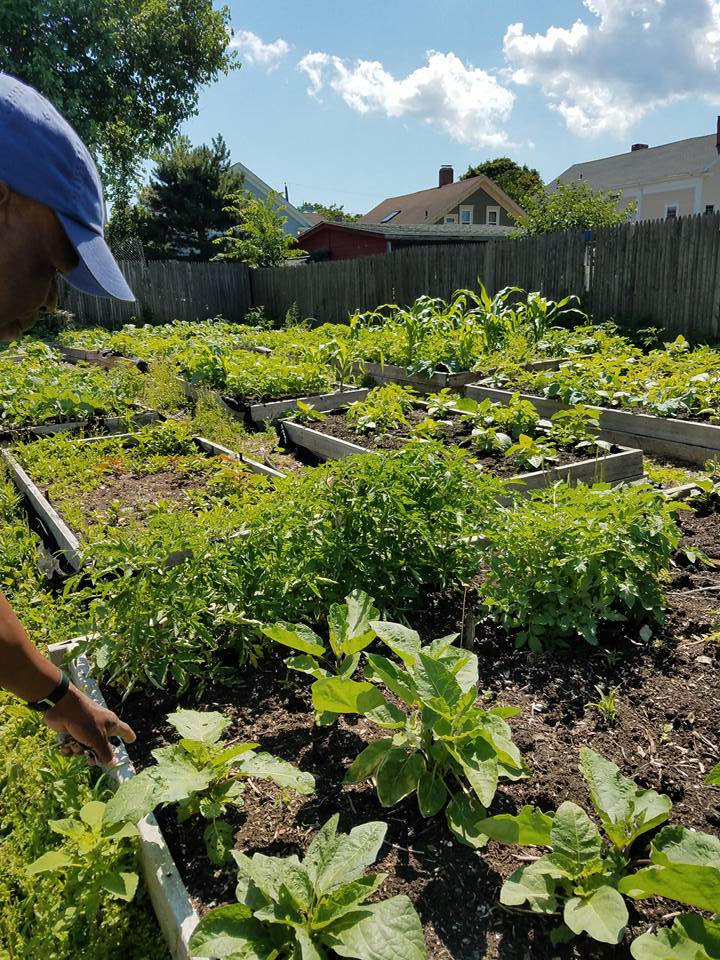 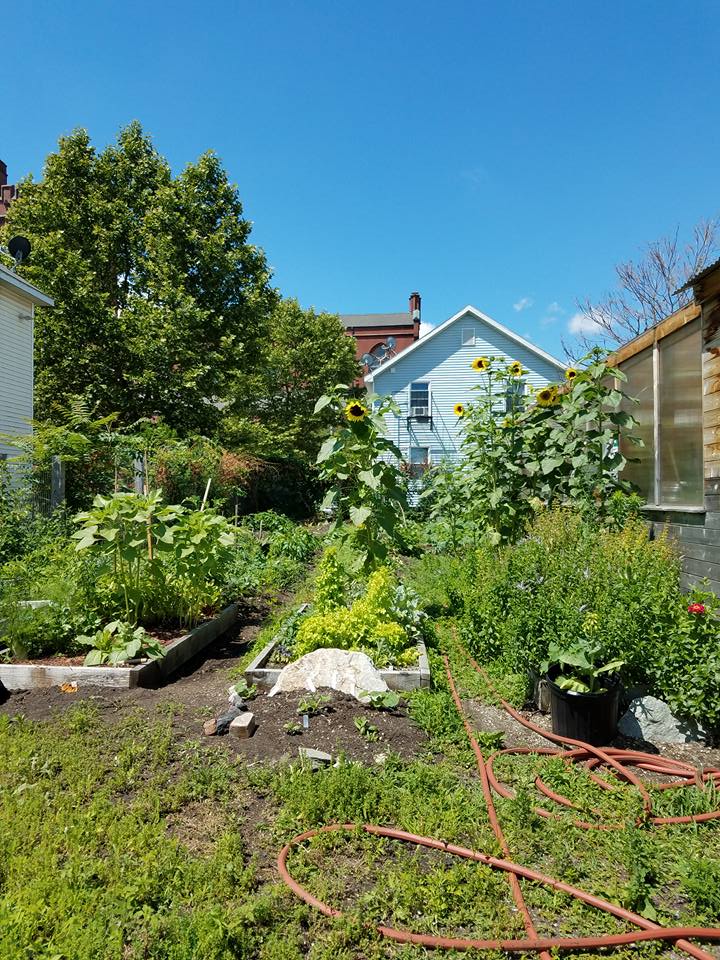 Kolawole says many Africans come from villages where agriculture is a part of daily life, but it’s a challenge in the city, because you cannot grow just anywhere due to soil contamination. Raised beds or mounds with proper soil have to be built in order to grow food safely.

On a Monday morning in early July, Kolawole unlocks a padlock on the Lots of Hope urban greenhouse located on Prairie Avenue. Inside, it’s a sweltering 100 degrees with thirty-two percent humidity. There are two sides of plants growing within the greenhouse; one side includes neat rows of towering tomatoes and bell pepper plants grown by Groundworks, while the other side displays AARI’s more randomly planted African vegetables, including garden egg. Shadowing Kolowole on Mondays this summer is fourteen-year-old Abiodun, or Abi. As Kolowole travels to three different urban gardens, Abi listens and learns about growing fresh vegetables.

Kolawole explains how some families plant vegetables outside of the beds, and he has to explain that it’s dangerous to their health. “I had to hire someone to clean the garden, and I said, ‘If it’s not in the bed, get it out.’ It’s because of lead contamination, so then everything that was outside of the bed was gone, and the women were livid,” Kolawole says. “They said, ‘How dare you do that?’ I said, ‘God said, all of us must live long enough to attend our children’s wedding. One way to get there is not to grow something right in the ground, because if you take it home, you are not helping your family.’ ”

He says that explanation resonated with the women. “Everyone loves their children,” he says. “Everyone wants to go to their wedding.”

Abi soaks up all of the stories he hears from Kolawole. “Abi, are you starting to see why you should hang out with me?” he says.

These urban gardens not only provide food – including the opportunity to grow African vegetables – but they also serve as community gathering places for the African families. “It provides an environment for these women to come out of their apartments and find a place in the evening where they might be able to talk to one another, hear old stories, talk about problems they might be experiencing and so on and so forth,” says Kolawole. Fourteen families from Rwanda, Congo, Liberia and other African countries grow in the urban gardens, and they also sell produce at farmers markets, including the Armory Farmers Market on Thursdays on the West Side of Providence and the Broad Street Market on Saturdays in South Providence. 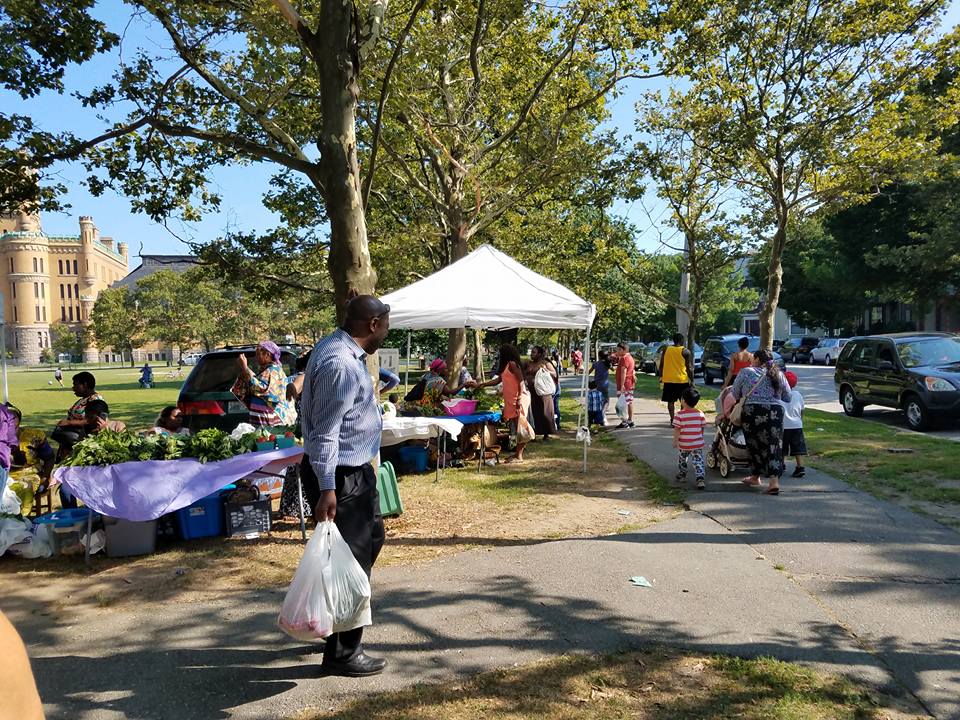 At the Thursday Armory Market, a group of women in bold and bright African dresses present a table filled with collard greens, tomatoes, cucumbers, radishes and potatoes, and for a brief period, the highly anticipated garden egg, or bitter ball, that originated from East Africa and is related to the tomato, eggplant and potato. Using local fruit and vegetables, the African Alliance also creates retail products – garden egg relish and spread, dried okra and carrot and apple jam – produced at Farm Fresh RI’s Harvest Kitchen in Pawtucket.

Kolawole and the African Alliance are creating economic opportunities for these families through the gardens and retail components. They have earned funding from the USDA to create a market study on the sales of the products using produce that is all grown in South Providence. “Engaging this community in economic opportunities, or what I call upward mobility, or building a skill set, is very important because the mom and dad become the point of impact and the kids and family have an effect,” Kolawole says. 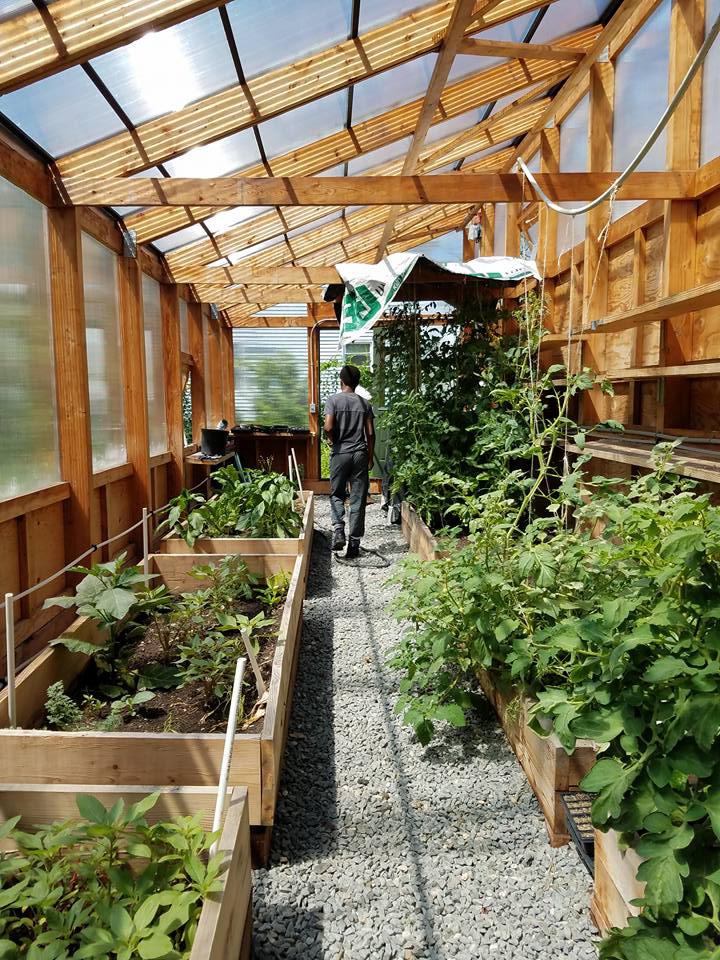 He is proud of the progress AARI has made so far, but there’s much more to come. “Today we have seven or eight staples we grow, we sell them in the farmers market, we do cooking demonstrations, we do the Armory and Pawtucket Wintertime Market, we’ve made products out of what we grow,” he says. “We’ve covered it all.” Now they are looking for ways to mass produce the relish, including leveraging the growing season to scale up operations. 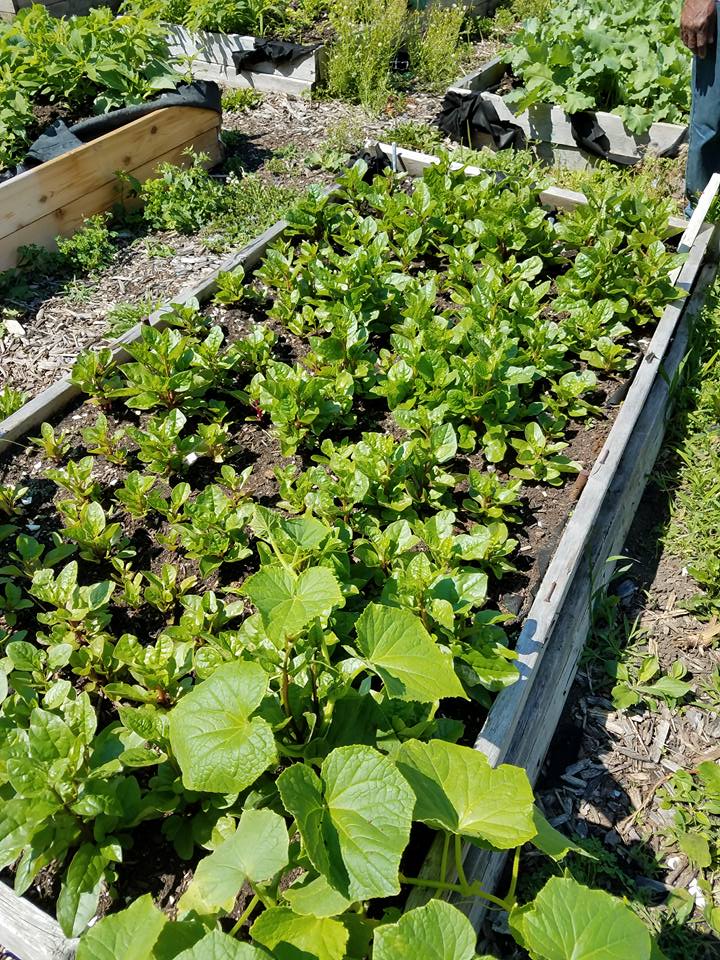 Ultimately, Kolawole also hopes to change the perception of South Providence as a food desert. “It’s  the American way of tagging; your zipcode can describe you. It’s the perceived image of the neighborhood. There’s lack of grocery store, there are a lot of corner stores, but I push back on this because the people who live in this food desert spend money; they eat,” he says, adding that he thinks grocery stores do not open in this area because of its tag. “I pose the question all the time: If you had $5 million that you would like to invest in a grocery store, would you like to invest in a food desert? Nobody would. I wouldn’t.”

The African Alliance will continue to foster success stories in the South Providence community by growing and selling their own produce and creating retail products. “I want to promote this community,” Kolawole says. “I want this community to own what they grow.”

Check Out Oh So African Designs

They’ve All Come to Look for America

36 Fun Things to Do in Rhode Island this July