This month's adoptable pet is Sir Isaac, an old soul who will be your secret admirer.

Each month, RI Monthly highlights one adoptable pet in Rhode Island in the hopes that they will find a new home. 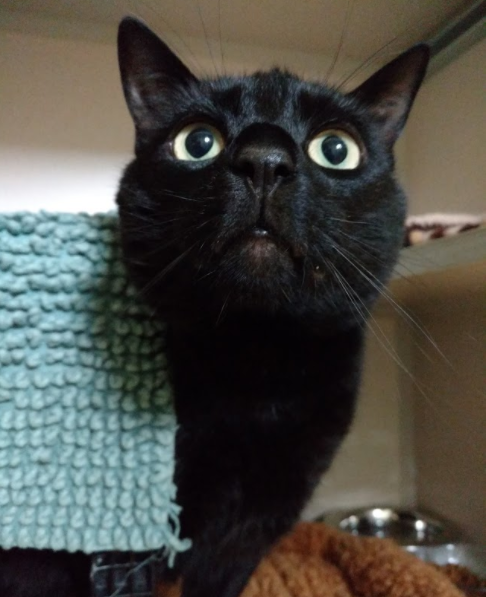 Sir Isaac can be found at the Providence Animal Rescue League.

Wouldn’t it be nice if you had a secret admirer who gazes at you afar with love in their eyes and who is always there to show you affection?

Well, now you can have one. Sir Isaac is a four year old male kitty looking for a quiet home. He is sensitive and likes to cuddle, and gosh, just look at that adorable face!

He can be found at the The Providence Animal Rescue League (PARL) where they’ve gotten to know the little dude quite well.

PARL has a system for describing the personalities of their kitties, so you can find a perfect match.

Sir Isaac’s “feline-ality” is Secret Admirer. A Secret Admirer kitty  is “very level-headed when it comes to relationships. I don’t leap in paws first, if you know what I mean. But give me a little time, and then I’ll shower you with purrs, head-butts, and plenty of lap time. In the meantime, you may not see a lot of me but I’ll be thinking a lot of you!”

This cutie may take his time getting comfortable with you, but once he does, you’ll always have a secret admirer.