A Sip of Sunshine with Jahmu 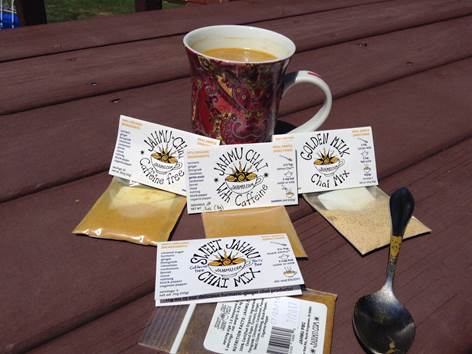 You don’t need to travel across the globe to reap the benefits of Eastern medicine. The healing spices are just a short drive away, and they’re tasty, too.

Spicy, earthy turmeric is known to contain anti-inflammatory properties and reportedly eases a range of ailments, from arthritis and heartburn to high cholesterol. Another main ingredient in Jahmu chai is ginger, which helps with upset stomach and nausea. The chai teas also feature a variety of other spices including cinnamon, cayenne, nutmeg, fenugreek and more.

Filkins first discovered jamu, an ancient herbal remedy, in Indonesia. She experienced its healing effects firsthand; she used to experience symptoms of inflammatory bowel syndrome, but they disappeared after consuming Indonesian jamu on a regular basis.

When Filkins returned home, Jahmu PBC was born. She became a holistic health coach and she used the elixir to help people who suffer from gastrointestinal disorders.

“A lot of my customers have Lyme disease and other chronic diseases and it helps them with their symptoms, and it’s an antidepressant,” Filkins said at her booth at the Newport Jazz Festival this summer, where she was “spreading liquid sunshine.” 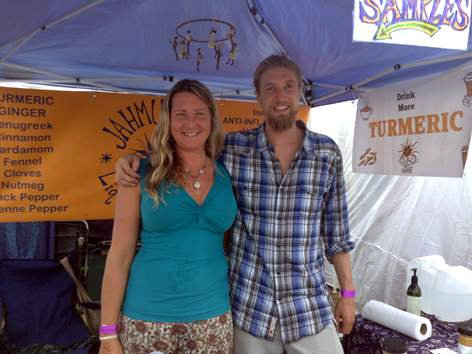 She started selling her teas at the Alternative Food Co-Op in Wakefield, where they garnered attention and intrigue, and her customers kept coming back for more. She then expanded her business to farmers markets on Block Island, her hometown, and Jamestown.

With all the good reviews came new success. During the fall of 2014, she attended expos and looked for cafes and local co-ops to sell her products. Then, the following September, she moved production into her own facility. That winter, she also offered a new cocoa product. 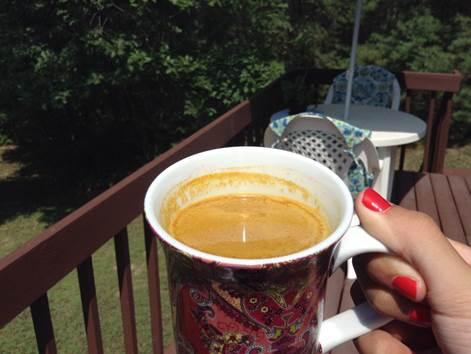 Whether you’re looking for an herbal remedy or a healthy way to start your day, you’ll get nothing but good vibes from this tasty tea.

Jahmu is available for purchase at the Alternative Food Co-Op, 344 Main St., Wakefield, and several other locations across Rhode Island. Find Jahmu here or order it online at jahmu.com.