The Day Joaquin Phoenix Smiled at Me

Rhode Island Monthly intern Ashlyn Lillibridge spends a day as an extra on set of the Woody Allen project in Newport. 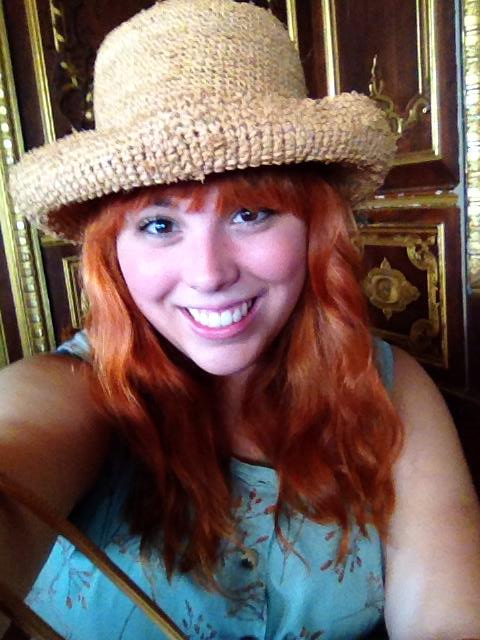 Editor's note: Independent to her internship here at Rhode Island Monthly, Ashlyn Lillibridge signed up to be an extra with LDI Casting in Providence, and she was chosen to participate in the Woody Allen Project in Newport on Monday. She decided to write about her experience.

Newport is a one of a kind place. The scenery is worthy enough for the legendary director Woody Allen. Monday, I experienced the behind-the-scenes magic of filming a movie. I was an extra in the Woody Allen project.

From the moment I arrive on set, I feel like I am in a different world. I am rushed to wardrobe where outfits are approved and disapproved and stylists dress me according to the film. We can’t wear reds, blues, whites, blacks, patterns or logos; basically anything that will make us stand out. All the extras that will play students in the scene are outfitted in pastel colors with props like backpacks, books and coffee cups. Professors wear messenger bags, glasses and suit jackets. After wardrobe, I’m sent straight to hair and makeup where they’ve been known to make extras shine like movie stars or scare audiences with ghoulish looks. For this Woody Allen film, hair and wardrobe staff are going for an earthy look, and I am fashioned in light colors and a natural glow.

We are transported to the area where they are filming at the Salve Regina University campus, and the assistant director places us in position and tells us where to stand and walk. We are supposed to be casual students on our way to class, meandering around campus. And that’s when it happens; Emma Stone and Joaquin Phoenix walk right by me and start talking a foot away from me. My heart stops, and I want to shout that I love Emma’s hair, but I keep quiet because it is an unspoken rule that extras do not speak to the stars, unless spoken to. It is insane how long it takes to film a two-minute scene, and we reset the scene and reshoot the same scenario anywhere between five and ten times. 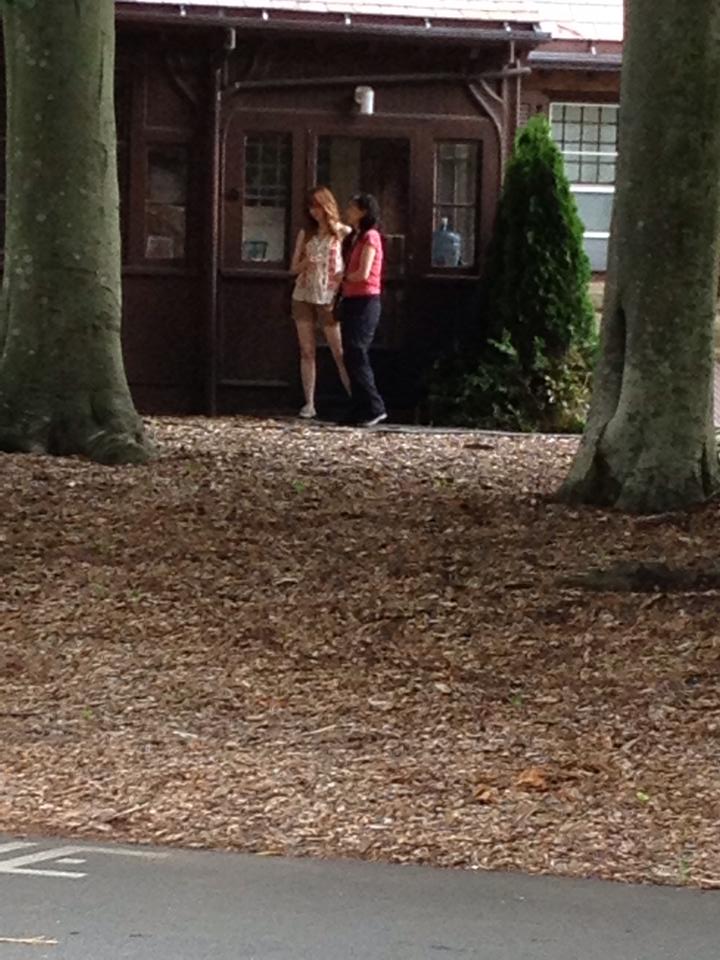 The most we know about the project is that it is supposedly a murder mystery that takes place on a college campus, and the lovely Emma Stone plays a student. She wears khaki shorts and a sheer top. Phoenix wears dress pants and an unbuttoned dress shirt. If I had my guess, I’d say he’s playing the role of a disgruntled professor or older student.

Between takes, Stone’s makeup is touched up and her hair fluffed, and she seems to be a silly and down-to-earth person. She jokes with cast and crew, and I even catch her dancing and singing with Phoenix between scenes. Phoenix is serious and shy as he reads through his lines and steals drags of cigarettes between takes. As an extra, I try to be very discreet when snapping photos, so that the directors and the actors will not notice me, and that is why my photos seem so far away. Before shooting, Woody Allen walks around and talks to the actors and double-checks the work of the extras. He looks much older sporting a typical director look in a hat. After a full day of filming from 7 a.m–2 p.m., the cast and crew feast on a giant catered lunch buffet. I catch a smile from Phoenix as he carries a massive plate; I guess acting really makes you hungry. After the meal is finished, all the extras fill out W4 forms to be paid the $8.80 an hour. After returning my costume, my day of shooting is over. However, Stone and Phoenix have many more hours of filming ahead of them in the next location; Jamestown. Being an extra is the most fun I have ever had. I love meeting all the new people on set, and I am star struck by some of the biggest actors and directors in Hollywood. That’s a wrap! 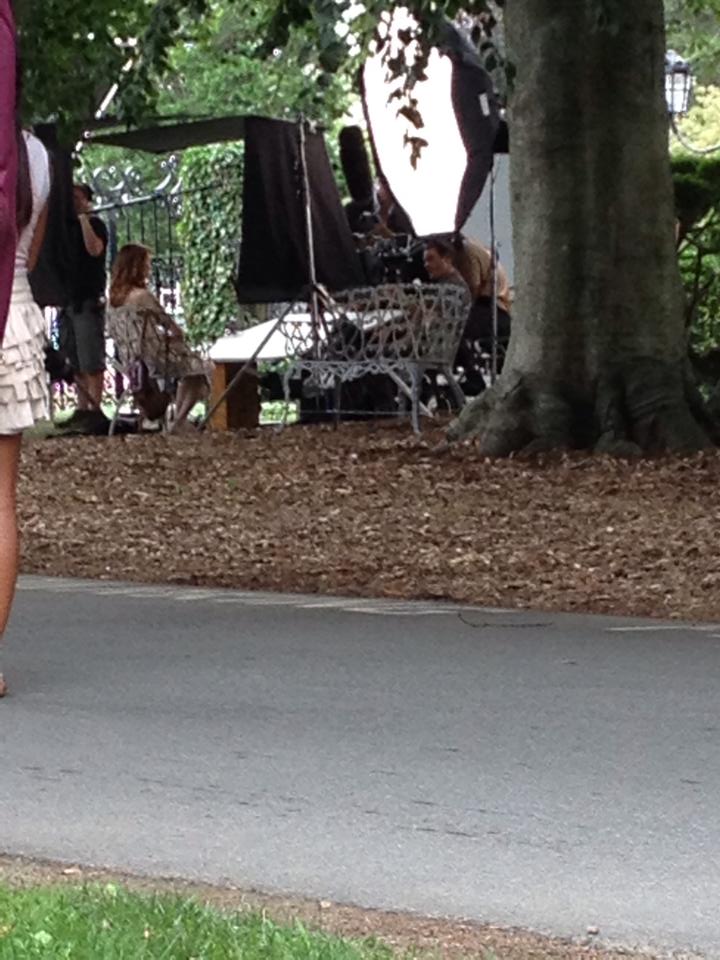 If you are interested in being an extra, sign up before it is too late. While you’re on set, make connections, because the people there may just help you in your future endeavors. Let’s get down to the nitty gritty of how you can be an extra. If you are interested in acting, it is important to apply to casting agencies and reach out to casting directors. I am involved in a few casting agencies including Boston Casting, John Robert Powers and LDI Casting. If you are strictly limited to Rhode Island productions, register with LDI Casting. The first step is to sign up on the website, and then you will receive emails about productions and roles in the area. Once you receive an email that pertains to your age, body type and characteristics, you can send in your head shot and resume in response to the email. If you are applying to be an extra, almost every type of person is accepted.

After you are approved for the role, you may have to audition, but if an audition is not required, you are sent a date and asked if you are available. Upon confirmation, they will send specific details on where filming will take place, wardrobe requirements and arrival time. In most cases, the specific details are not sent until a few days before filming because the information is supposed to remain hush-hush. For those of you who are specifically interested in being an extra in the Woody Allen project, email office@ldipro.com with your headshot and resume.