It’s that time of year folks; the fandoms are descending on Providence once again. 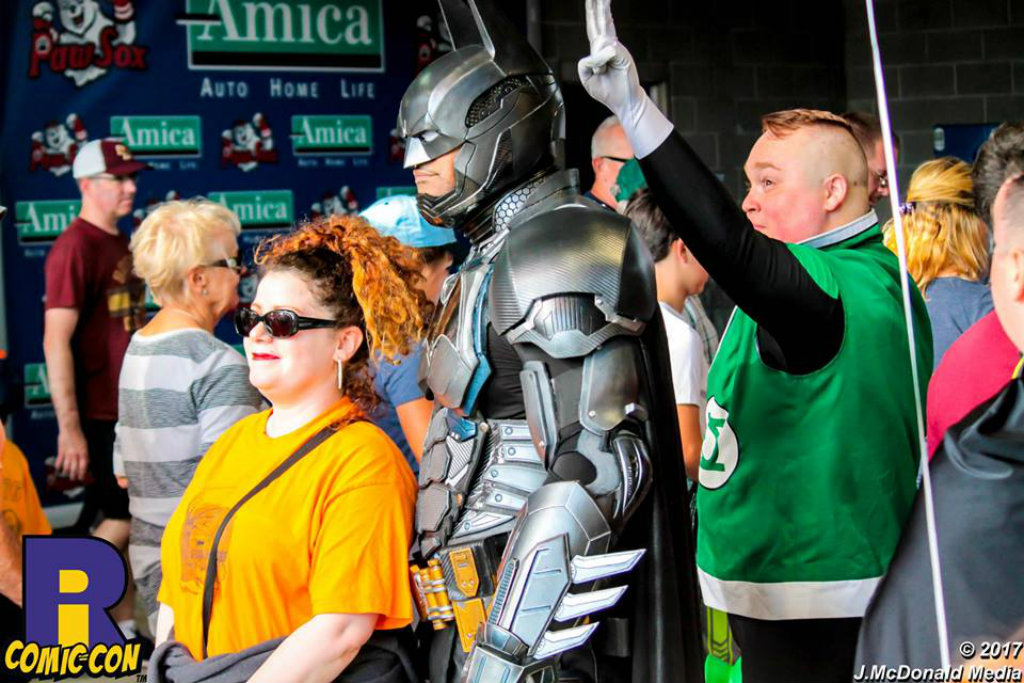 Okay, so you’ve checked out our survival guide from last year, you’ve bought your day (maybe even weekend) pass and you’ve nailed down your photo op/autograph situation… Now all that’s left to do is figure out how to make the most of the time you’ll have left at this year’s Rhode Island Comic Con. Lucky for you, we’ve gone ahead and compiled some can’t miss highlights.

Sure, getting a photo with or an autograph from your fave is pretty awesome, but panels give you the chance to hang out with them (and about a hundred other likeminded individuals) for an entire hour. Best of all, they’re included in the price of your admissions ticket, so all you need to do is make sure you queue up early enough to ensure a seat.

Friday goers (tickets still available!):  Get the Sword Experience with Adrian Paul, see the Revenge of the Nerds Reunion on stage and then sit in on the Road to Mordor: A Lord of the Rings Q&A with Elijah Wood and Sean Astin.

Saturday goers: This day is jam packed with goodies, but we’re most invested in checking out the star studded Surviving the Walking Dead panel and catching up with the younger leads of “Stranger Things” at the Things Just Got Stranger on Netflix panel.

Sunday goers (tickets still available!): See “Doctor Who” fan-favorite Billie Piper chat about life Beyond the Tardis in the morning, get spooky with the Ghost Hunters in the early afternoon and then finish up with the RICC 2017 Costume Contest that evening.

If you miss out on the “Walking Dead” panel, don’t fret: there will be an entire wing on the fifth floor of the convention set aside especially for the ten (you read that right) guests in attendance to meet and greet fans all weekend long.

You can’t really avoid this due to the nature of the event, but if you have time between activities be sure to stop at some of the featured artists’ booths and tables. You might just find the perfect niche gift for your significant other or a Wonder Woman print that would add some much needed motivation material to your office’s décor.

Even if you didn’t shell out the big bucks for an autograph or a photo op, or manage to make it into one of the various panels, you’re bound to see a familiar face or two. Two years ago a wild William Shatner appeared while I was waiting in line for a pretzel while last year I literally bumped into Nolan North on my way to the bathroom and later managed to get a wave from Ben McKenzie while I was crossing the showroom floor (fingers crossed this year’s chance encounters will involve one of the Avengers). It’s almost like being in LA — just minus the glorious weather.

Another highlight of any fan convention – it’s always amazing to witness the passion these artists put into their craft (I’m personally looking forward to seeing some Eleven interpretations ala Season Two of “Stanger Things” or maybe even a creation or two by local creator, Tom DePetrillo). Check back next week to see some of our favorites outfits from the weekend!

Tattoo-enthusiasts will be thrilled to hear that they will have the once-in-a-lifetime chance to win a tattoo drawn by Nightmare on Elm Street star, Robert Englund. Just stop by the Ink-Fusion Tattoo Pavilion to pick up your raffle tickets ($20 for two). Should you be the lucky winner, you will be able to take your pick of which of Englund’s iconic characters you’d like to have memorialized on your body and then take a picture with the man himself once one of Ink-Fusion Empire artists has worked their magic.

Go on a Date (or twenty)

Single and ready to mingle with fellow fanboys or fangirls? There will be plenty of nerds in the comic con sea this weekend. The crew from “Sci Fi Speed Dating” and the stars of “Geek Love” on IGN Start are hosting two hour sessions on Friday, Saturday and Sunday, so don’t be shy!

Bucket Brewery’s fantastic Rhode Warrior Pilsner will be sold at all concession stands as well as the after-parties on Friday and Saturday evenings.

That’s right, geeks can party too! Friday night’s after party will be hosted by Paul Soter and Erk Stolhanske (of Super Troopers fame) while Saturday’s will have a Revenge of the Nerds theme, so dress appropriately! Each shindig starts at 10 p.m. and goes till 1 a.m.

For even more info about what’s happening this weekend, check out http://www.ricomiccon.com/