Breweries across the state serve brews with oceanic inspiration.

Rhode Island may be small, but it has an abundance of two things: fantastic local beer and countless miles of beaches and oceans. It shouldn’t be any surprise that a few local breweries have united these two. From seafood infused stouts to fruity IPAs, these beers have taken inspiration from the ocean in ingredients and name. 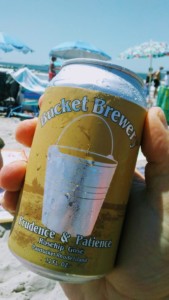 Brewer: Bucket Brewery
ABV: 4.5%
Named after two adjacent islands in Narragansett Bay, Prudence and Patience Rosehip Gose has all the flavor of a summer paradise. A pinch of saltiness paired with a bit of citric tang make the beer delicious and light. This easy-drinker is perfect for any beachside adventure.
Details: Available at restaurants and liquor stores throughout the state and at Bucket Brewery, 100 Carver Street, Pawtucket, 401-305-0597, bucketbrewery.com. 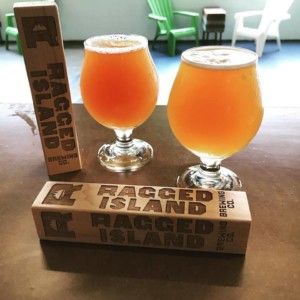 Brewer: Ragged Island Brewing Co.
ABV: 8.3%
Racing sailboats are often equipped with hydrofoils, which lift boats from the water’s surface and allow them to travel at far greater speeds. Don’t be surprised if Ragged Island’s concoction has similarly uplifting effect on you. Packed with citrusy flavor from mosaic and citra hops and carrying a hefty 8.3 percent alcohol by volume, Hydrofoil packs a punch in more ways than one.
Details: Available at select restaurants and at Ragged Island Brewing Co., 200 Highpoint Ave., Portsmouth, 401-318-2991, raggedislandbrewing.com. 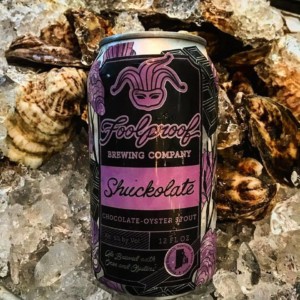 Brewer: Foolfproof Brewing
ABV: 6%
In some ways, Shuckolate might seem like any other stout: It has a rich, creamy texture and chocolaty flavors. But after a sip, you might notice a bit of brininess, a salty taste you can’t quite put your finger on. That would be the oysters. Foolproof partnered with the Walrus and Carpenter Oysters and with Garrison Chocolates to deliver one beer with a highly unusual flavor (and potentially aphrodisiac properties).
Details: Available at select liquor stores and restaurants and at Foolproof Brewing, 241 Grotto Ave., Pawtucket, 401-721-5970, foolproofbrewing.com. 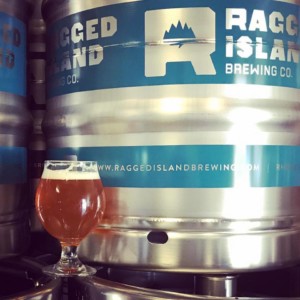 Brewer: Ragged Island Brewing Co.
ABV: 6.5%
Ragged Island’s Beach Night IPA has all the flavors of summer: a sweet taste of mellow apricot from the Simcoe hops, a bevy of other crisp, fruity notes and an almost acidic finish. It’s the perfect drink for a night on the beach, sitting around a campfire with friends.
Details: Available at select restaurants and at Ragged Island Brewing Co., 200 Highpoint Ave., Portsmouth, 401-318-2991, raggedislandbrewing.com. 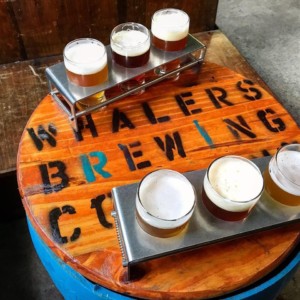 Brewer: Whalers Brewing Company
ABV: 8%
For better or for worse, alcohol and boating seem to go hand in hand, and beer is oftentimes the beverage of choice. So it seems appropriate that Whalers’ flavor-packed brew is named after a storage compartment in boats that contains everything from ropes to, you guessed it, beer. Packed with juicy, fruity flavors from papaya and tangerine to pineapple and grapefruit, Lazarette is a delicious summertime sipper.
Details: Available at Whalers Brewing Co., 1174 Kingstown Rd., South Kingstown, 401-552-0002, whalersbrewing.com. 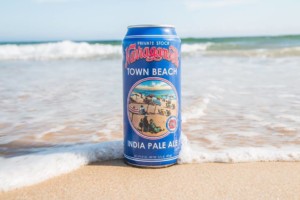 Brewer: Narragansett
ABV: 4.7%
After a thirty year hiatus, Narragansett Beer is back in the state where it all began, and their Town Beach Day Pass IPA is a tribute to the seaside location where it all started. Enjoy their mild but delicious IPA in a classic sixteen ounce can. Enjoy the light, crisp flavor while spending a day swimming and sunbathing.
Details: Available at various liquor stores and restaurants and at Isle Brewers Guild, 461 Main St., Pawtucket, 401-724-1241, narragansettbeer.com. 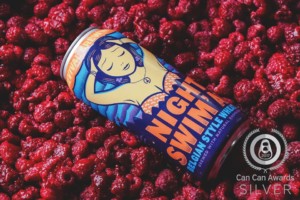 Brewer: Revival Brewing Company
ABV: 4.7%
This Belgian style wit beer is flavored with raspberries to give it that extra fruity tang. Laced with Citra hops, orange peel and coriander, it has a whole lot of other light flavors going on too. With a tantalizing mix of sweet and tart, this is perfect beer after a strenuous swim (or a leisurely dip).
Details: Available at Revival/Brutopia, 505 Atwood Ave., Cranston, 401-372-7009, revivalbrewing.com.