Local doughnut shops around the state are celebrating in different ways with special doughnuts, secret giveaways, some freebies, and the return of favorite items. 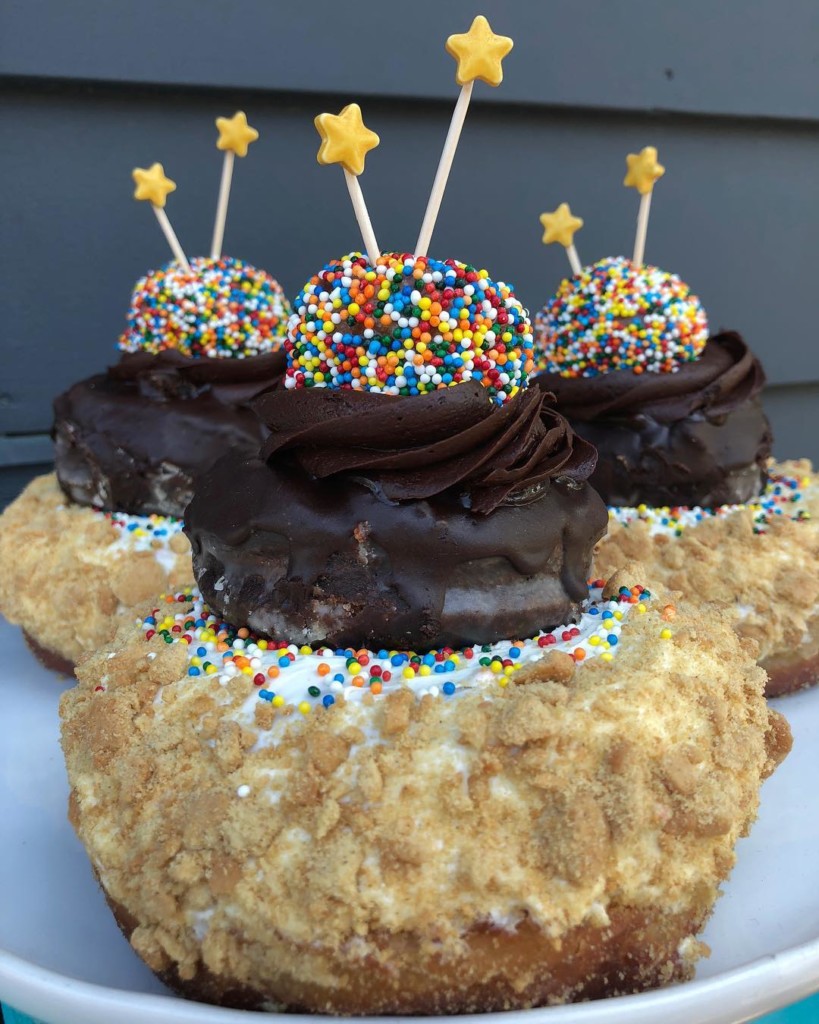 Photo from PVDonuts Facebook page of the triple-decker doughnut.

Tomorrow, June 1, is National Doughnut Day! Local doughnut shops around the state are celebrating in different ways with special doughnuts, secret giveaways, some freebies, and the return of favorite items. Take a look at some of the specials at Allie’s Donuts, PVDonuts and Knead here:

Allie’s Donuts in North Kingstown has a surprise in store for everyone. It also happens that June 1 is the doughnut shop’s fiftieth anniversary, so you can bet it’s going to be a good day to visit Allie’s. The family business is already promoting free Del’s Lemonade and Nitro Cart coffee to those who wait in line, but there are some special surprises in store that just might involve getting a Golden Ticket! “There will also be fifty ‘Golden Tickets’ hidden randomly inside our boxes tomorrow that give customers the ability to place an order for a free donut cake whether we are booked or not, on any date we are open,” says Matt Drescher of Allie’s Donuts. “Also nineteen of our dozen boxes and sixty-eight of our half dozen boxes (since we opened in 1968) will have a special stamp on them that makes whatever goes inside the box completely FREE tomorrow!” 3661 Quaker Ln., North Kingstown

Read more about how Allie’s Donuts opened in Rhode Island.

The secret is out! All day tomorrow, we will be thanking our great fans waiting line with #FREE @thenitrocart coffee! There’s many more surprises in store, come by and help celebrate #nationaldonutday and #50yearsofallies! (PS: @delslemonade. There will also be @delslemonade. #Delslemonade. Did we mention #Delslemonade?). SEE YOU THEN!

Did someone say that an old friend will be making a guest appearance for National Doughnut Day tomorrow? Maybe…. Just maybe… ? x @ishouldstartlifting

The Dish Video: Making the Doughnuts at Easy Entertaining Cafe