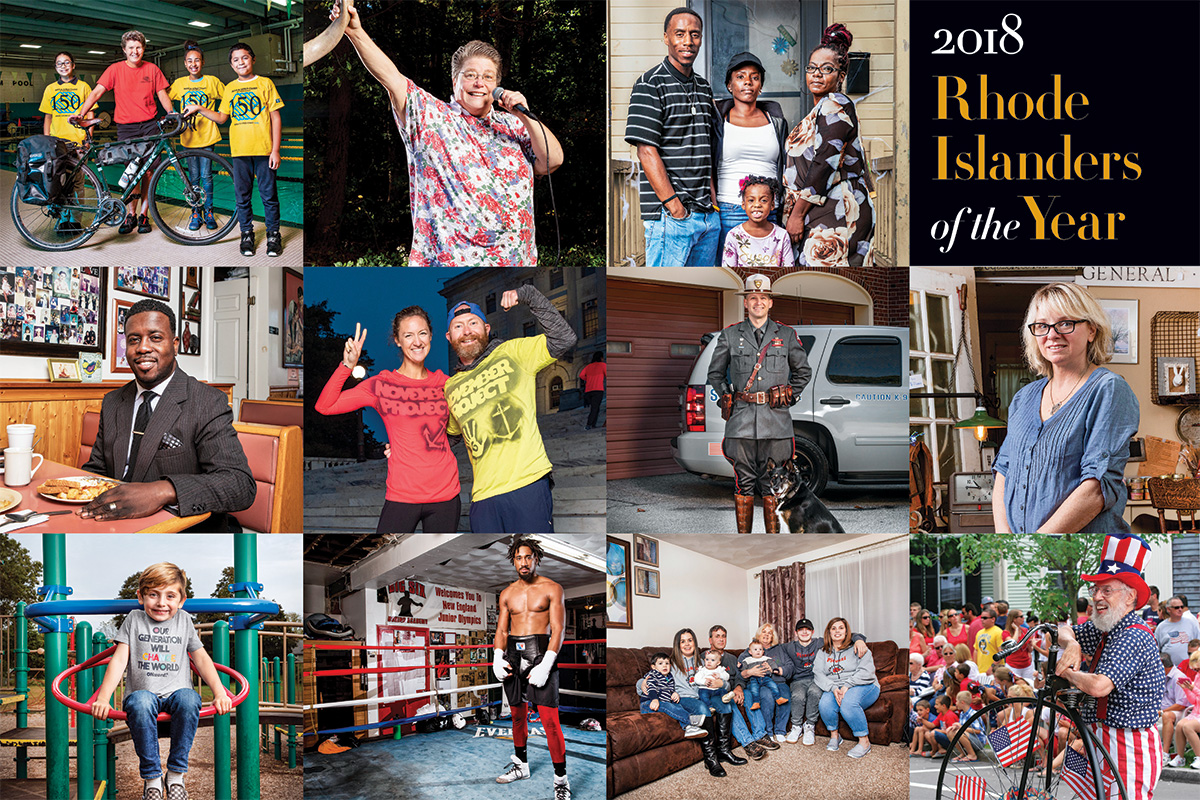 It’s been another cranky, nerve-rattling year, so it’s a good time to pause and honor Rhode Islanders who’ve made our world a little brighter. These are people who’ve accomplished great things in 2018, not because they’re paid to but because they’ve felt called to do it. So, whether it’s a karaoke queen who’s made millions smile, a mutt that went from rescue to rescuer, or a small shop owner determined to help a family she’s never met, these are the people who make us proud through their talent, determination and passion. 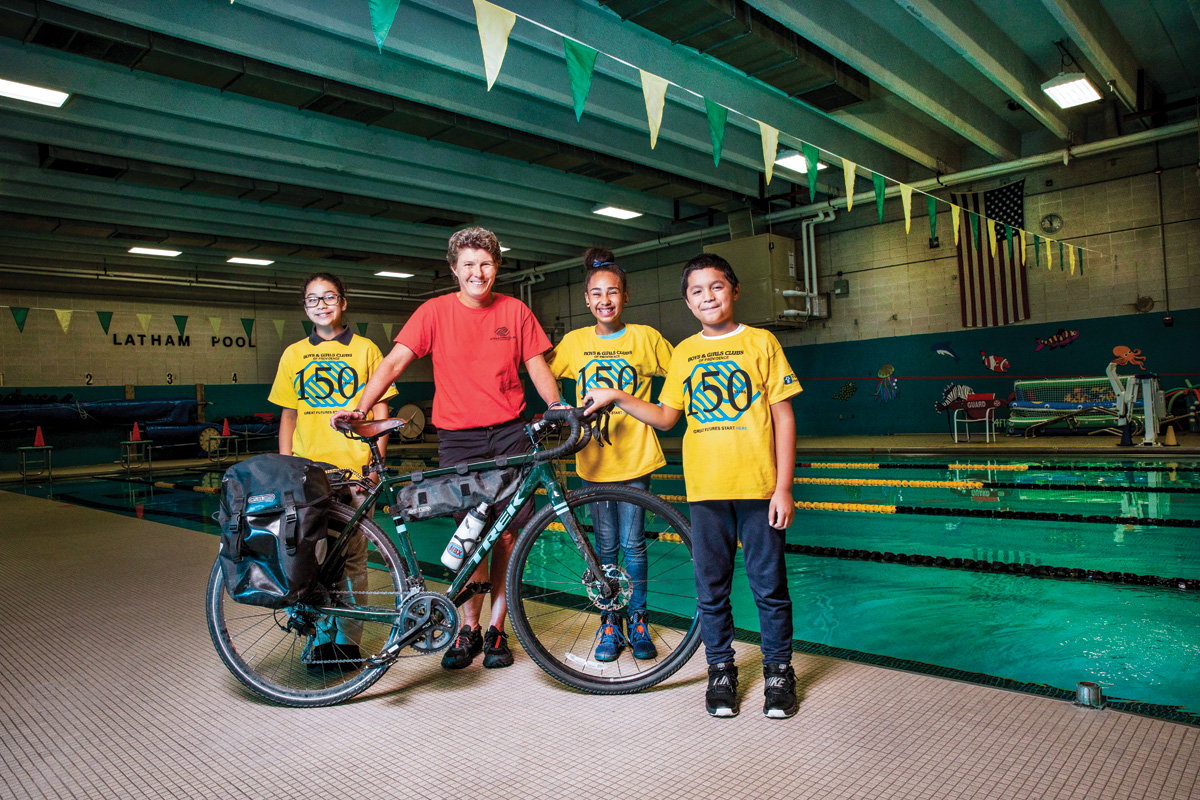 Judy Davis poses with her bike in the pool room at the Boys and Girls Club on Ives Street in Providence. Photography by Alex Gagne.

When Judy Davis climbed on her bike, Crazy Horse, in Florence, Oregon, this summer to begin her cross-country cycling adventure, she never doubted that she would make it back home to Rhode Island. She texted updates from the road with friends and family, as well as the group she was fundraising for, the Boys and Girls Clubs of Providence. She posted photos as she pedaled through Minneapolis, population 488,000, and Lowell, Idaho, just twenty-three. She encountered elks and snakes and dodged logging trucks in eastern Oregon. She splurged on a fourth-row seat at an Indians game in Cleveland, and blogged about her odyssey, judesjargon.com, almost every day.

While she pedaled, most of her thoughts were focused on moving forward, getting that leg done; if the terrain was especially difficult, it was just about making it through the next half mile. She says blogging helped her clear the deck before moving on to the next day.

July 2, climbing through the McKenzie Pass at 5,300 feet: “Wow is really all I can say about today. I knew the climb would be hard but this was beyond my expectations.”

July 9, her first time hitchhiking, ever, through Hell’s Canyon at 4,100 feet, rather than risk heatstroke riding in the 110-degree sun: “This is stupid.”

July 22, leaving Bozeman, Montana, early in the morning, and her first ride on an interstate and through the Bozeman Pass, elevation 5,700 feet: “The first thing you need to look out for are the cattle guards that are in the road on the ramps. They are literally huge metal grates that span the entire lane and the gaps are pretty wide.”

August 16, reaching Bourbonnais, Illinois, her trip more than half over: “I had yet another indication I was closer to home. I walked over to the Italian restaurant next to the hotel. I knew right away it would be good — menu referred to gravy rather than sauce. Yes! I had images of Federal Hill rolling through my brain!”

August 29: the very last day of the trip: “I’m on my last pit-stop of this adventure, as I write this I’m a little over fifteen miles outside Providence, in Chepachet. I crossed into Rhode Island on a side road so not even a sign to welcome me to the Ocean State!”

When she finally reached the finishing line at the corner of Wickenden and Ives streets at 2:30 that Wednesday afternoon, family, friends and kids from the Boys and Girls Club were there to greet her, despite the sticky, 90-degree heat. She says, not surprisingly, it was the most gratifying part of the trip.

She also raised more than $68,000 to fund an aquatics endowment for the Boys and Girls Clubs of Providence, the goal of the trip.

A few days later, she was back at work at the courthouse as a general practice lawyer. It was kind of weird, she says. In fact, in retrospect, her adventure seems surreal. She’d spent so much time planning the trip, plus the two months on the road, that her old life seemed foreign at times.

Did she keep up on the news from home while she was on the road? “Being a good Rhode Islander, I read the Journal every morning.”

Would she do it again? “I don’t know,” she says. “Maybe a different route.”

She recalls a conversation she had on the last morning, in Springfield, when a man looked at her and the bike and pointed out it was going to be a hot day for cycling; she was undeterred. “I’ve been riding for two months and home is at the end of the road today. There is absolutely nothing that’s going to stop me.”

Davis says the takeaway from her trip is that everyone has the ability to accomplish great feats. “Find something bigger than yourself and go get it; your life will be transformed completely, as will those you do it for.” –Sarah Francis