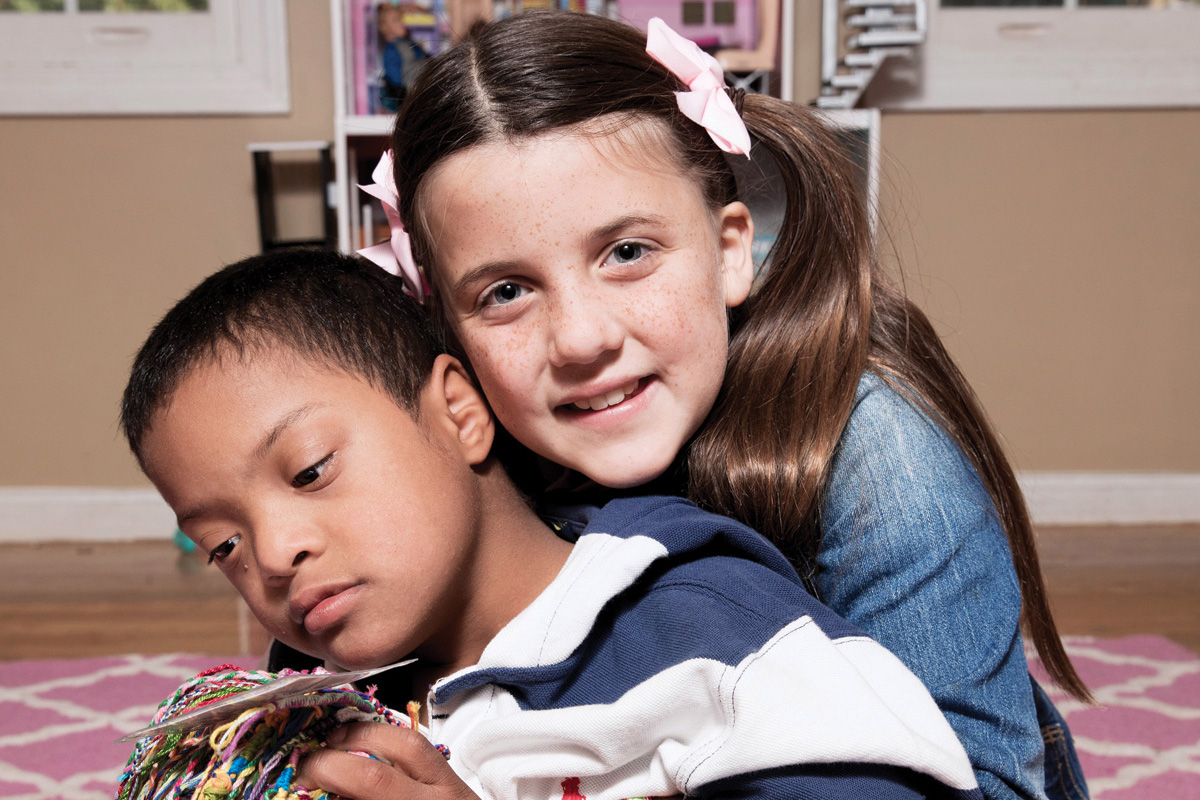 It was a cool March evening when Kathleen Connerton broke the bad news to her nine-year-old daughter, Annie. “The night I told her that her friend Mavrik was very sick and in the hospital, she cried intensely.”

Mavrik Mask, a six-year-old with Down syndrome, had developed a devastating strep infection that forced the doctors to amputate his feet. They didn’t think he would survive.

“She knew he was in really tough shape and she decided to make him a friendship bracelet,” says Kathleen. That night, as Annie braided bracelets, the threads of an idea also wove together.

“At that point, I found out that there was a GoFundMe because Mavrik was one of six kids with a single mom. They didn’t have a car, and they were struggling,” says Kathleen. “I said, you know what, Annie, this should be a fundraiser.”

Annie walked into her North Kingstown elementary school the next day, bracelets in hand, determined to help her friend. She sold them for $2 a pop, putting orders in a “reserved” box if a friend didn’t have the money on hand. “It was very unlike Annie,” says her mother. “She’s such a giver and nurturer, so it showed how seriously she was taking this opportunity to help Mavrik.”

Since that day in March, the project has grown into a fundraiser, Friendship Bracelets Made4Mavrik. Bracelets have been sold across the globe and Made4Mavrik has raised more than $25,000 from bracelet sales, donations and various fundraising events. Kathleen says, “It really showed us the power of positivity, how much stronger we all are together, and how anyone can make a difference, no matter how big or small you are.” 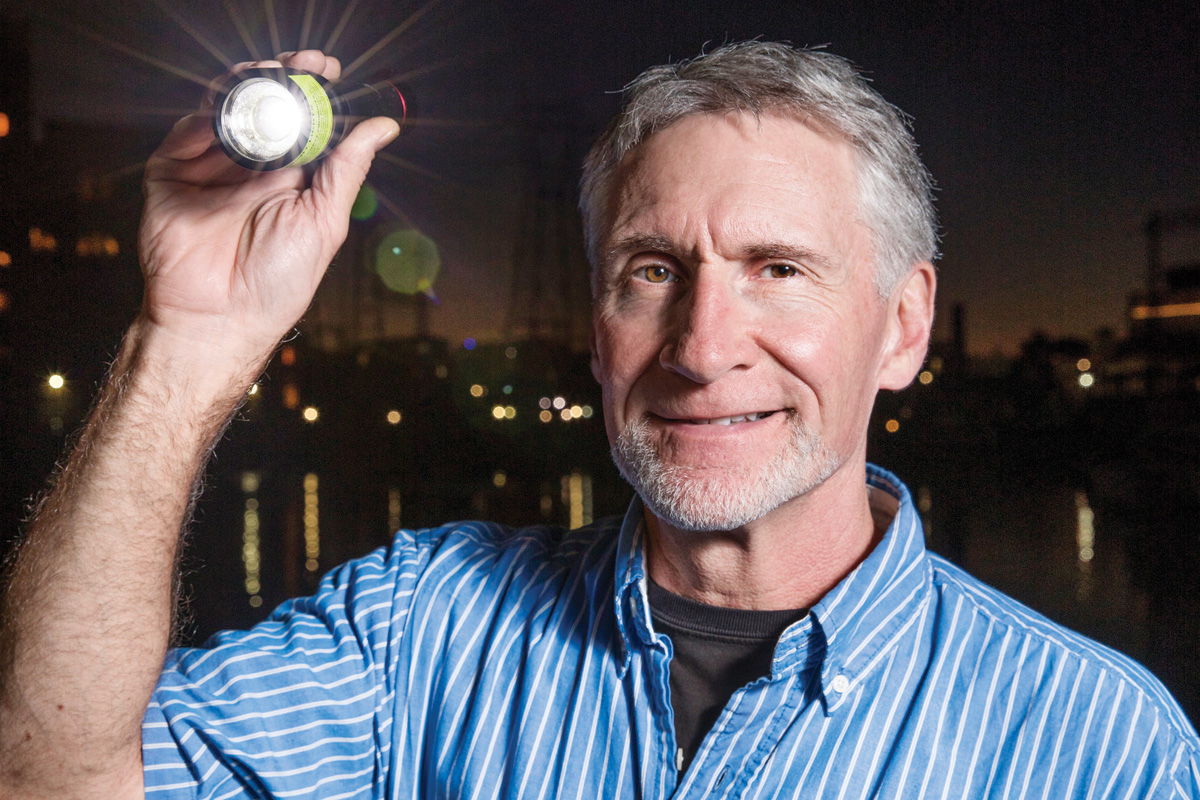 In two years, Providence’s Good Night Lights has doubled its brightness. Led by Hasbro Children’s Hospital’s resident cartoonist Steve Brosnihan, the Magic Minute has picked up participation from more than twenty-five entities, including the Superman Building, the Omni and Biltmore Hotels, One Financial Plaza Tower and the First Baptist Church, among others. Recent spotlights by NBC Nightly News, Channel 5’s “Chronicle” and the Associated Press have only increased its intensity, even drawing volunteer groups who participate from the East Providence overlook.

Every night at 8:30 p.m., the community around the hospital watches the display of flashing lights that says goodnight to Hasbro patients, families and staff. The newcomers join pioneers like the Hot Club, which blinks its red neon sign every night alongside patrons wielding flashlights, and Providence Steamboat Company’s spotlights. The East Providence and Providence police departments also flash lights, along with signals from Brown University buildings, and an LED sign at 100 Westminster that scrolls “Good Night, Hasbro.” The patients respond with their own flickers from the hospital’s windows in return.

While Brosnihan, fifty-six, organizes participation and conducts “quality control,” he says that without the Hasbro nurses, Good Night Lights would not be possible. “If the nurses weren’t into this, if they weren’t caring and compassionate, this might not work so well in a hospital,” he says. “Every one of them has it.”

It all started more than seven years ago when Brosnihan biked to his bus stop down by the Hot Club, and shone his bright flashlight back toward the hospital to say goodnight to a patient. As excitement grew, he began telling other patients to look for the light, and in the last two years, he’s asked businesses to participate. As the project continues to grow, Brosnihan is still not satisfied. “When I look at the skyline or the riverfront, if this is 100 tonight, this could be 1,000. What a sight that would be,” he says.

He has goals in mind, including the potential addition of a stinger on the Big Blue Bug that would glow from the back. He also hopes that someday the Rhode Island State House might participate on a nightly basis. “If at 8:30, the dome goes that brilliant white, that’s seen from miles away,” he says. “That would be like the state is saying goodnight to the kids.”

At his Bristol home, children’s artwork decorates his walls, and his wrists sport bracelets given to him by patients. “When kids hand me things, I tend to put them on,” he says with a laugh. He also has a drawer of cartoonagrams left for him by kids, including a drawing of a “zeebrelephant.” “I ask kids to give me two animals that are nothing like each other so I can make new animals,” he says. It’s one of the ways he gets their minds off treatment, at least for a little while.

Organizers in Orlando, Atlanta and Wisconsin, and from as far as Australia, have inquired about starting similar projects in their cities. More buildings in Providence want to come onboard, but it might involve installing automated lighting systems when people aren’t available. Brosnihan invented a cheaper workaround for businesses to make participation possible. “They are going so far beyond the request,” Brosnihan says. “That blows me away, to think that businesses might spend thousands of dollars to make some kids smile.”

To many, thousands of kids’ smiles are worth the thousand bucks.